Carlos Pacheco was born in Portugal in 1965 and moved with his family to Osoyoos, B.C. in 1972 at the age of 7. His parents operated a 10 acre orchard where Carlos first gained an appreciation for agriculture.

He later moved to Kelowna, B.C. and went to work for Early Bird Landscaping where he participated in major irrigation and landscaping projects including the grounds for Chief Tomat Elementary school and Glenrosa Middle school. Carlos's skills were recognized quickly and within his first year he was promoted to the position of project manager.

He continued to work with Early Bird for 4 years at which point he deciding to further his education by obtaining an Okanagan University College diploma in civil engineering technology where he studied computer aided drafting (CAD) and hydraulic design. Upon graduating, Carlos had the fortune to get a design position with Van-Kel Distributors who are a major irrigation supplier to the Okanagan Valley.

In 2006, Carlos was bitten by the entrepreneurial bug and began offering his design and consulting services through his own company called IDM which is an acronym for "Irrigation Design Management". As luck would have it, at the same point in time he was offered a position by Grower's Supply Co. Ltd. in Penticton, B.C. to manage their irrigation department. Carlos optimistically took on both opportunities which have now allowed him to support vineyard and orchard clients alike throughout the Okanagan valley.

In this last year, Carlos accepted the third challenge of teaching people the basics about irrigation. Carlos felt that many of his clients lacked pertinent knowledge and began to develop a course to fill that need. When the Penticton Okanagan College became aware of Carlos's interest, he was approached to develop and teach the irrigation portion of their Viticulture course.

The biggest challenge yet was watching his father shrivel up into a fraction of the man that he was from cancer. There is always a hope of a happy ending, but it wasn’t meant to be, after a short 10 month battle he lost the war. At the end cancer had not only stolen his life but also his dignity.

With a challenging economy, three hats to wear and a family to raise, Carlos is busier than ever but loving every minute of it. 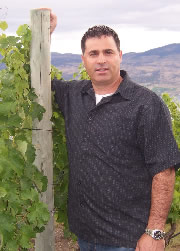 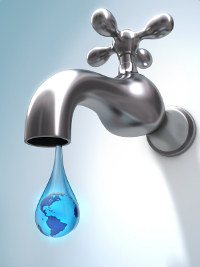